(Read this first)
We only heard from my parents two times during our trip there. I can only imagine what the conversation was like for them, what the silence felt like...the thoughts that raced through their minds. The second time we heard from them was "the call". I remember it so well...we were about half way and my parents were about an hour away from Zach.
We had stopped to grab a bite to eat. However, there are times where you won't see a thing for hours...so when we found an old run down "cafe" we stopped. Ashley and I thought the sign looked so cool that we even took a photo. Ash and Reg went in to grab some food while I nursed Sylvi in the car. It was cold. I remember sitting in back seat nursing my baby when I glanced to the front of the car. I saw my cell phone sitting there...thinking "I should grab that in case someone calls", and I did. Soon after it rang...it was my dad....I knew. I picked up the phone...he said 2 words..."Zach's gone". I couldn't say anything. What should I say? And now I had to tell my sisters. I think I eventually replied "I am so sorry dad!". Crying, our conversation continued...they were going to get there quickly and we would come, still a few hours out. The Dr's were keeping his body alive so that his organs could be donated. So when we saw him he would be gone but his body would be assisted by machines.
I saw my sisters come out of the cafe and walk towards the car laughing about something. I started to cry again...I said nothing when Reg opened the door. She knew. Tears began to fall down her cheeks...and then Ashley too. Ash asked the questions...I replied.
The rest of the drive is a blur. It was hard for me to focus on the road...I remember that there wasn't much conversation until we got near. We then began talking about what to expect and what we should say to mom and dad.
Finally we arrived...it was icy and frigid. We found our way inside the hospital. Found my mom and dad and you can just guess what happened then. We all had a bit of a breakdown. My parents had some time before we arrived to see Zach and talk with the Dr.'s, so they filled us in.
They told us that the toxicology was completely clean, that there were no other cars, that the local's thought they probably swerved to miss an animal, and that he wasn't "alive" anymore. They said we could see him and we wanted desperately to do that. I know that I, for one, was not prepared for what was about to happen. As we walked towards him emergency room area I just prayed and prayed and prayed. When we got there we all slowly walked in, in silence as if not to disturb. I was the last to enter with my dad by my side. I can't remember where Sylvi was at this point...but I know I wasn't holding her. The minute I turned the corner around his draping I was weak to my knees; my dad had to hold me up for a brief moment. There were tubes, wires and beeping everywhere. I apologize if this is just too much for anyone, but I have to write it.
I feel like my ears went silent though, my brain went still. I couldn't really think of anything but how much I wanted to touch him. But I was scared. Would he be cold? Would he move? What if he "woke" up? But as I neared his bedside the noise crept back into my head and my emotions started to flow as I heard my family sobbing beside me. He was so handsome...and the beauty he held on the outside didn't hold a candle for his inner soul.
We left that room knowing that was it in our head. Our brother/son had gone to be with the Lord. Zach was "gone" long before we said goodbye...and he was in that Holy place..that we can only someday dream of being.
(Part 3 to come) 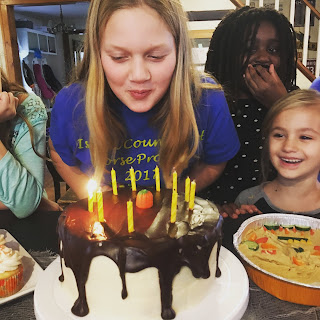